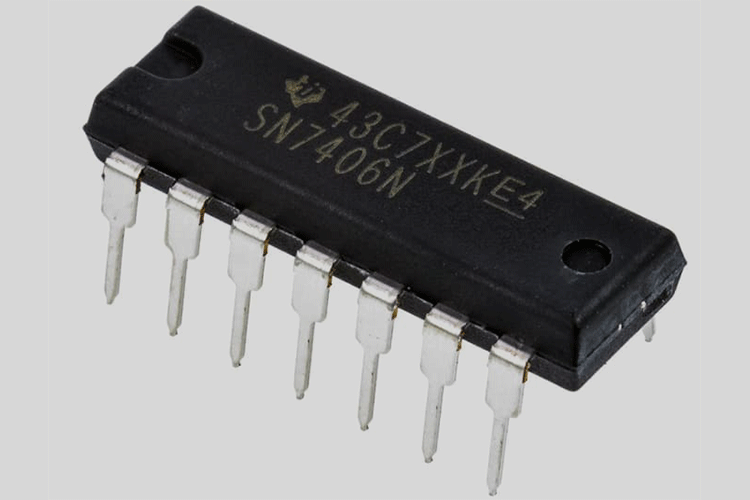 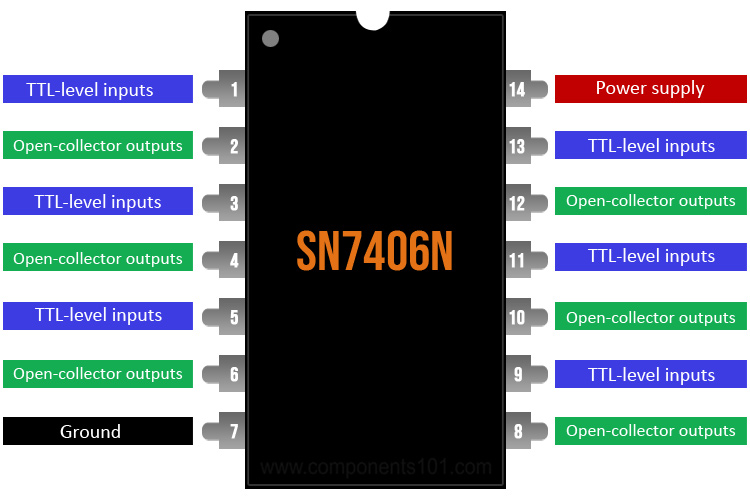 The SN7406N from Texas Instruments is an open-collector buffer that can be used as a logic level shifter or a high current logic interface driver. Each IC has six such buffers which enable a wide variety of loads to be used, not limited to small DC motors and 7-segment displays.

Note: Complete technical details can be found in the SN7406N datasheet linked at the end of this page.

The SN7406N is a hex inverting buffer, with a TTL logic level input and an open collector output. The open-collector output is versatile since it allows us to add an external pullup resistor to any voltage, enabling interfacing between different logic families, for example, 5V TTL logic to 15V CMOS logic, by connecting a suitable pull-up resistor to 15V.

Some application circuits are shown in the figure below, including a motor driver, a relay coil driver, and a logic level translator. 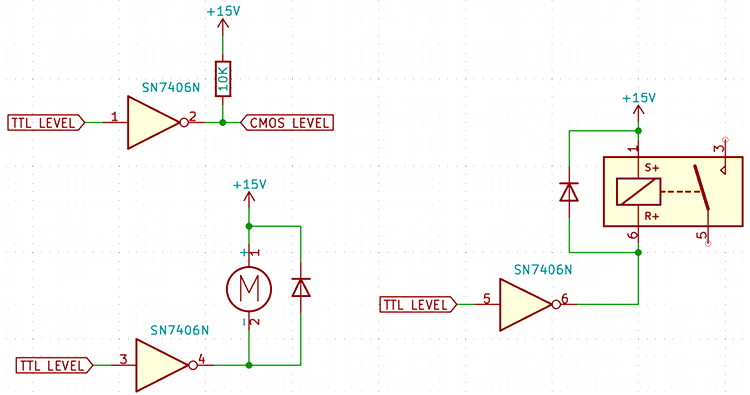 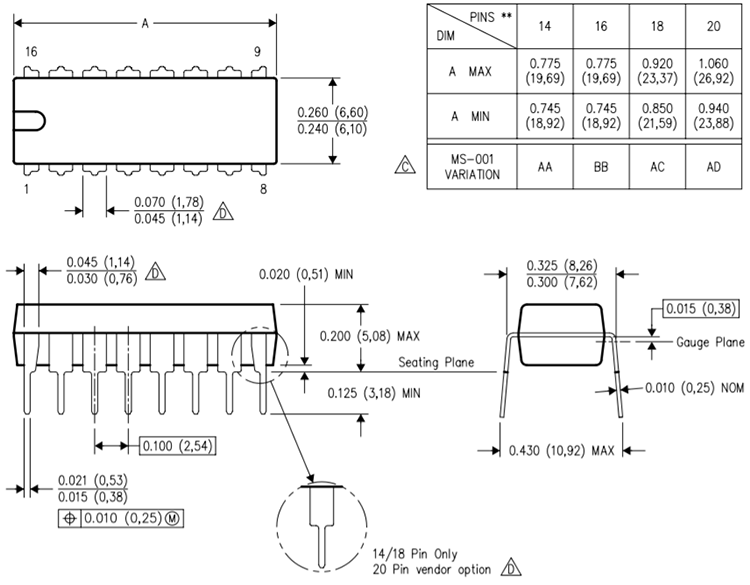